7 most dog friendly cities (in the world)

The worldwide dog revolution is in full swing—countless international cities could easily compete to be the very best dog friendly city. However, the following go beyond simply accepting canines, and have embraced them. So, if you’re looking for a great place to vacation, or even relocate to, these cities are ready to welcome you and your fur baby.

In a part of Tokyo known as Shibuya, there’s a statue honoring a loyal pup named Hachiko, who passed in the 1930’s. So as to not spoil the movie, Hachi, staring Richard Geer, we will just tell you that the love for dogs in Tokyo runs deep. Probably the most prominent dog appealing aspect is the abundance of dog cafes, which feature doggy bento boxes and pup themed edibles for humans. Finding a pet friendly hotel is as easy as enjoying adorably crafted treats together. 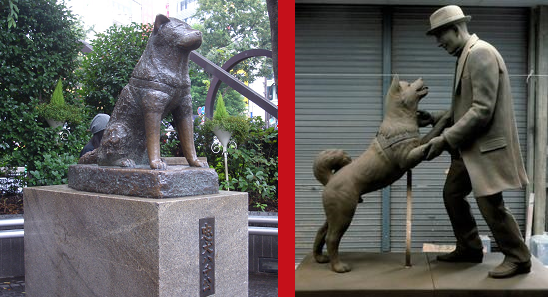 Statue of Hachiko in Tokyo, Japan.

San Francisco is an amazing city, especially for pet owners. In 2016, the Northern California town was named the most dog friendly city in the US, because of the amazing dog friendly food scene, shops, and parks. Also factored was walkability and housing costs.

Not just anyone can own a dog in Switzerland; hopefuls must pass a test and follow many regulations before being considered for the pet parent privilege. Guide pratique du chien citoye, a guide designed for dog owning citizens in the area, maps out dog friendly places in Geneva. It’s also helpful that the rules for owners and their pets are in there as well. Over 60 parks and public outdoor spaces welcome dogs, and you can’t beat the Alps and Jura mountain views.

MSN ranked Scottsdale as the best pet friendly city in the US--you’ll notice a lot of cities deservingly get this title. BringFido.com rates the western style Bespoke Inn as one of the top places to stay, thanks to its charm and doggy accommodations. Everyone is either bicycling or walking, which is perfect for pets and owners who love to explore beyond the limits of a vehicle. The restaurant scene is thriving, and 120 of the fabulous eateries welcome dogs. Breakfast at Randy’s Restaurant, and the Dragon Wings and shrimp ceviche at AZ 88 are a must.

With 25,000 dogs calling Tel Aviv home, the city claims the highest dog population title in ratio to its 400,000 humans. Dogs are considered a part of the community, and businesses that don’t welcome them are frowned upon. Kelaviv might be one of the most high-end dog festivals on the planet, and it’s in this city. Pups sip bottled water, and 70 dog parks and four dog beaches are just a few of the amenities at their disposal. Some have dubbed it the most dog friendly city in the world.

You have pet friendly cities, and then you have cities where four legged friends are regarded as more than a pet—welcome to Paris. Strangely enough, pets are banned from the pristine gardens and parks of the city, for obvious, smelly reasons. However, they are permitted to roam just about everywhere else. Stores, salons, hotels—it isn’t uncommon to see pups sitting in their human’s lap at a restaurant. To ride the metro, they’ll have to be small enough to fit in a moderate sized basket, but medium sized breeds typically can board. Completely spoil your dog at the Hotel Ritz Paris, or dine together at L’Astrance, which serves amazing wine and creative dishes.

Parks, beautiful parks, everywhere! From Forest Park, a 4.5 acre rose garden, to Crystal Springs Rhododendron Garden, there’s an abundance of beautiful play spaces. eNRG offers the opportunity to paddle board or kayak with your dog in tow, out to beautiful waterfalls—lessons are available if you both need help getting your sea legs. Portland is an adventurist paradise, and the dog accommodating food scene is on point.

Itching to jet set with your pup to one of these top pet friendly cities? Pack your bags! Don’t forget to check airline regulations and out of country rules months, we really mean months, before departing. Japan, and other countries have specific guidelines to be followed, and getting all of the paperwork together takes time. Otherwise, you can keep it simple by road tripping to US destinations.

Editor’s Note: For more info on pet friendly cities across the US, visit our Roam pet travel series of blogs.

Karyn Wofford is a “Mom” to her fluffy, sweet dog Halli. She spends much of her time traveling and advocating for Type 1 diabetes—and Halli sometimes accompanies her on her adventures. You’ll find Karyn’s work on sites like Mother Earth Living, and in magazines such as Diabetes Forecast.

It’s no secret that both pet and plant...

It’s no secret that shopping for pet...