Getting to know the Labradoodle

History of the Labradoodle

For people with dog allergies, a Labradoodle made a better choice because it secretes less dander. However, even after the decades of breeding of the Labradoodle, there are inconsistencies in the breed’s temperament and shedding. Because of these inconsistencies, there are Labradoodle rescue groups who take in those puppies and dogs surrendered by their owners, many of which appear to be related to the dog’s hypoallergenic coat.

Characteristics of the Labradoodle

The Labradoodle is well on its way to becoming one of the top designer dogs because of the characteristics they maintain from both breeds. One such physical characteristic is that they can present a variety of fur choices: straight hair, wooly (which is the curliest and considered the most hypoallergenic), or fleece (which is wavy). Since they are a mixed breed, you may not know what type of fur you’ll get until the puppy is born. And litters may have a mix of colors and hair/fur ranging from blonde to black. 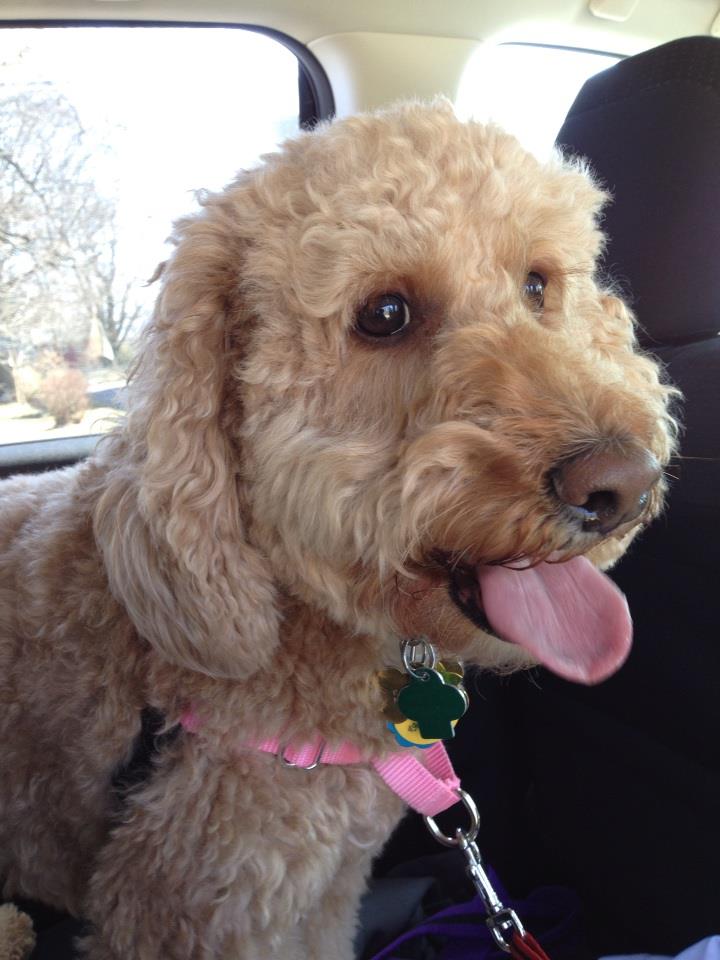 Some personality traits of the Labradoodle:

Smart is a word that will define your Labradoodle. The intelligence of both breeds means this dog is always eager to learn a new trick. You need to commit to training this high energy pup and focusing his energy, so he doesn’t develop bad behaviors out of boredom.

A family-friendly dog. If you have children in the household, this is an ideal pet as the Labradoodle is friendly and loves to socialize. Your Labradoodle will be happiest showering you with love and seeking your attention; she will be the ideal companion if you’re looking for a loving, affectionate pet.

Enthusiastic! This breed exudes enthusiasm. There is potential to overwhelm and unintentionally injure a small child simply because of their boundless joy and energy.

Easy to train. If you’re a first-time dog owner, this breed is ideal because of how easy he is to train, how adaptable he is to any living environment and because of his loving nature. But you do need to commit to training to keep him engaged and divert his energy from destructive behaviors born from boredom.

Adaptable. It can happily live in an apartment, in a house, in the country and in the city. They will happily fetch for hours and love long walks on the beach, in the woods, in the park or a fun romp with other dog pals.

Caring for your Labradoodle

Depending on the type of fur or hair your Labradoodle has you may need to visit the groomer to have him shaved and his hair shaped up. Their coat tends to knot up near the skin and you should plan on frequent at-home brushing sessions to keep him from developing these knots.

Your Labradoodle will be easy to train as he is eager to please and has the work ethic and drive of the Labrador Retriever and the Poodle. Due to its intelligence and energy level, the Labradoodle needs about thirty minutes to an hour of exercise and play daily to keep him from being bored. This is a water loving breed and that means your Labradoodle will run through puddles and play in the mud if you let him.

Overall, the Labradoodle is considered, by many, to be a low maintenance pet.

Because they are a mix of two large breed dogs they can be inherently prone to hip dysplasia. Also, some Labradoodles develop genetic eye problems and some may develop Addison’s disease.

If you’re going to adopt a Labradoodle look for a breeder who can show you the lineage of your puppy, so you can better know what you may be getting.

Is a Labradoodle right for you?

I your “what I want in a dog” list include the descriptors below, then the Labradoodle might be the right dog for you. In general, they are:

Check with Labradoodle rescue groups to see if they have the dog of your dreams waiting for its forever home!

Robbi Hess, award-winning author, is multi-petual: She shares her home with two Devon Rex kittens, three adult rescue cats, a mini poodle, a Goldendoodle, three lizards and two ferrets. When not caring for her pets, she is an editor, speaker, time management and productivity guru, content creator, social media manager and blogger. She writes at All Words Matter, My Divas Dish, and is the story editor and chief cat herder at Positively Woof.

Lifestyle
How To Make A Homemade Dog Bed

Does your pup need a new bed? You could...

Lifestyle
How to Talk to Your Employer About Pet Insurance