The good fortune of black cats

Most of us are familiar with the old superstition that black cats are harbingers of ill fortune—due to connections made to witchcraft. While such myths are not founded in any sort of science, it is persistent, at least in the US and Europe, where such stories have made it difficult for black cats in shelters to find forever homes.

However, not all cultures cling to these superstitions. In fact, these five cultures actually consider black felines to be good luck.

The ancient Egyptian goddess, Bastet, is often pictured as either a black cat or a human with the head of a black cat. Some believed that having a black cat (or several) in the home could draw goodwill from Bastet. The cats were also served a practical purpose—protecting the home from vermin and snakes. 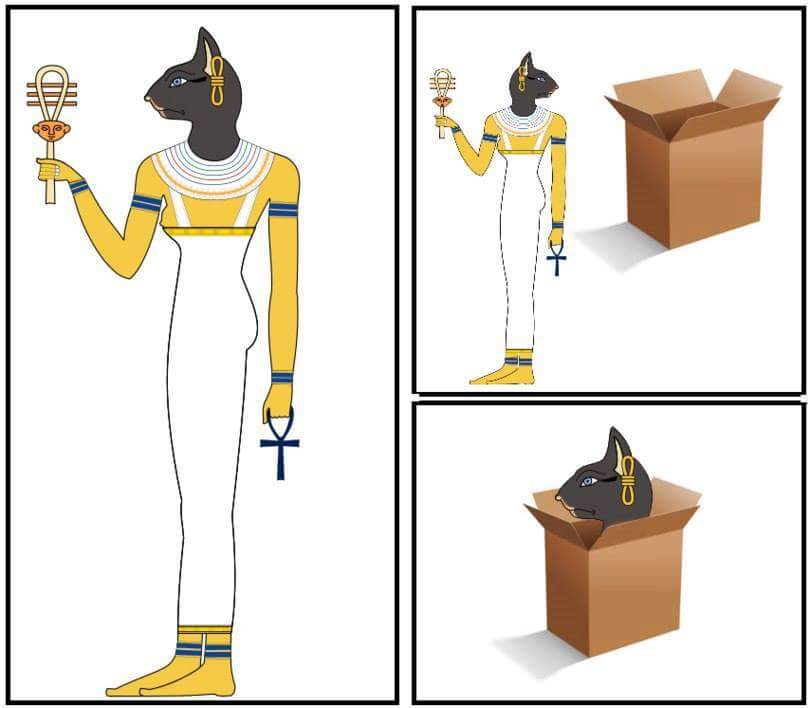 In Chinese and Japanese culture, the “Maneki Neko” (beckoning cat) is a common symbol of good luck. And while the cat’s raised paw might look threatening to Westerners, it’s actually a welcoming gesture. One legend holds that a man caught in a sudden storm took shelter under a tree. He noticed a cat nearby that seemed to beckon him to enter a temple. He accepted the invitation, and moments later the tree was struck by lightning. Because the cat had saved the man’s life, it was viewed as a symbol of good fortune. Each “beckoning cat” is believed to have different strengths, depending on the animal’s color. The black cat is thought to ward off evil. 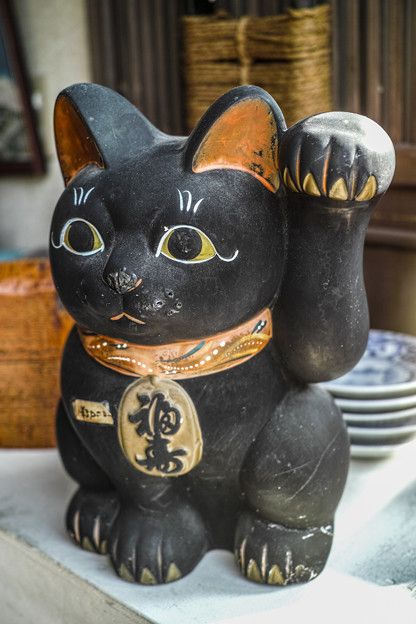 While the black feline’s reputation in Western Europe is generally dark, there are some bright spots. For example, English and Irish sailors in the 17th through 20th centuries believed having a black cat aboard assured a safe journey. For this reason, black cats were often made ship’s cats—where they were also helpful in protecting the ship’s stores against vermin. Sailors’ families also embraced the black cat at home, believing its presence would assure their loved ones’ safe return from the sea. In some cultures, black cats are seen as good omens for pending nuptials. In Japan, owning a black cat was once believed to attract more suitors to a young woman seeking a husband. And in the English Midlands, giving a black cat as a wedding gift was believed to bring the bride good fortune and happiness.

It’s All Relative
In some myths, the nature of the black cat’s appearance is dependent on context. For example, in English and Scottish folklore, a black cat approaching you was good luck, while one walking away warned of ill fortune. And in Germany, a black cat that crossed your path from fright to left signaled bad luck while a black cat that traveled left to right was a sign that better times lay ahead.

Due in large part to prevailing superstition, black felines still face struggles in the US. Black cats that land in shelters are less likely to be adopted than their compatriots, and they face greater euthanasia rates. When thinking of pet adoption, we hope you’ll consider welcoming a black cat into your home. It’s a question of love, not luck.

Most of us have heard the superstitious...