10. The first cat movie was made by Thomas A. Edison, and it featured two cats “boxing.”

8. The largest domestic cat on record is a Maine Coon named Stewy—measuring a whopping 48.5” in length. Stewy, whose full name was Mymains Stewart Gilligan, passed away in 2013 at the age of 8.

7. Cats cannot taste sweet foods. Since cats don’t encounter candy or cakes in the wild, their gustatory sense doesn’t detect sweetness. They can, however, taste bitterness.

6. Cats use their tails for balance. When a cat falls for any great distance, it is able to right itself in mid-air by turning—first the front paws, then the rear paws—toward the ground. This twisting motion is guided in part by the cat’s tail, though tail-less cats can land on their feet too.

5. Cats sleep 70% of their lives, and much of their most active periods are at night while most of us humans are sleeping.

4. When a cat greets you with a head bump (or “bunt” as it’s called) they are doing two things: they are welcoming you as a member of their group (which is a big honor), and they are scent marking you.

3. An organ in the roof of a cat’s mouth helps it taste air with an even greater sensitivity than its already keen nose. Cats often appear to ne grimacing or smiling when they do this, which is also called the Flehmen response.

2. When preparing to pounce, cats will often “rev up” by wiggling their rear ends. This is to secure their footing before they spring on their prey.

1. A group of cats is called a clowder. 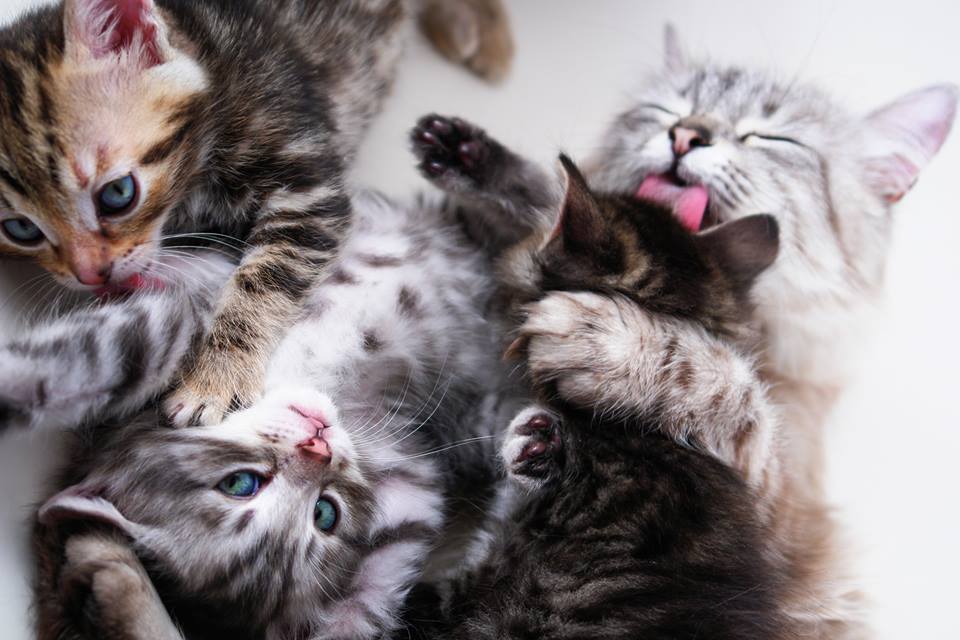 Technology has made getting quick...

Happenings
How can I help animals shelters now?

The recent and rapid evolution of the...

Happenings
How can I prepare my veterinary practice for COVID-19?

Happenings
How can I foster a shelter pet during the Coronavirus outbreak?

Common responses to the recent...

Lifestyle
DIY pet: How to build a doghouse

If you have extra time these days, perhaps...

Lifestyle
Which dog breeds are best for kids?

Looking to add a new, furry family member to...